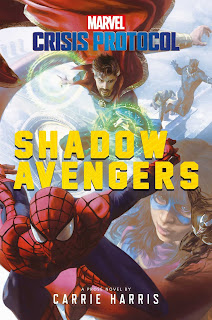 With Doctor Strange back in the limelight recently with his new movie coming this year, this is a perfect time for this book to come out, which sees his team, the Shadow Avengers, battling an invasion from the Dark Dimension. Throw in everyone’s favourite bad guy, Loki, who teams up with Venom and Green Goblin, and you’ve got another immensely enjoyable and riotous Marvel romp from Aconyte Books.

Carrie Harris’ “Shadow Avengers” is the latest instalment in the Aconyte’s Books” Marvel - Crisis Protocol series, but it isn’t necessary to have read the previous book (although I recommend you picking up “Target : Kree” by Stuart Moore asap) as it can be read and enjoyed as a standalone story.

Chapters are short and dynamic which makes the story pacy and exciting, and there is a veritable who’s-who of Marvel characters. Carrie Harris has a good handle on each of the characters, and she ensures each one gets equal exposure: something which is not always easy in a multi-character story.

Aconyte Books’ Marvel range is an enjoyable alternative history of the Marvel universe with every instalment being excellent. I recommend these books to all Marvel comics fans and want to assure them that they have nothing to fear from the longer prose format as it allows their favourite hero or villain to be fleshed out in a deeper way that comics can’t always achieve. I would go so far as to say that this range is one of the best things currently coming out under the Marvel banner.

I received an advanced reading copy of this book in return for an honest review.

Marvel Entertainment, LLC, a wholly-owned subsidiary of The Walt Disney Company, is one of the world’s most prominent character-based entertainment companies, built on a proven library of more than 8,000 characters featured in a variety of media for over eighty years. Marvel utilizes its character franchises in entertainment, licensing, publishing, games, and digital media. 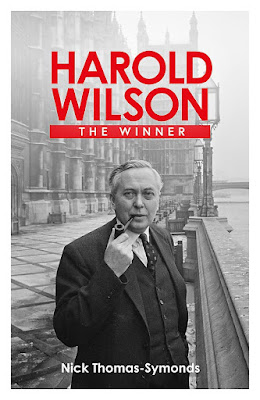